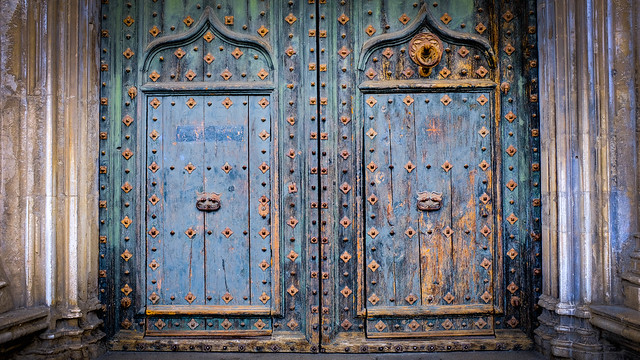 We all know risk averse types who seem obstinately, congenitally averse to risk. You job isn’t to convince them. Eventually, they’ll convince themselves, or not, without any help from you.

So then, everyone else.

Even when you’re pushing at an open door, almost everyone is standing with you, hoping for the golden valley beyond but scared of what might happen first.

They’re worried about two things. That they’ll push it open, step too quickly into the breach … only for it to swing back and smack them in the nose – so find a way of propping it out of harms way, and give them time to see before they step. Or maybe it’s the bogey-man hiding in the shadows – so, wide open now and plenty of light … show them all that is there, don’t rely on telling them.

Skippy strategy: Even open doors can be scary. Arm in arm, step through together.

It’s easy to forget your own team. Not in the, who ARE these people?, sense. But...

It gets on with its business

The sign of a functioning organisation is that it gets on with its business without much...

In anything other than the most steady state organisation, there is always a lot in play....